The promise of quantum computers is that certain computational tasks might be executed exponentially faster on a quantum processor than on a classical processor. We have used a programmable superconducting processor to create quantum states on 53 qubits, corresponding to a "parallel computation" of 10 million trillion states. For a simple algorithm, our Sycamore processor takes about 200 seconds to run a quantum circuit a million times - the equivalent task for a state-of-the-art classical supercomputer would take approximately 10,000 years. This dramatic increase in speed compared to all known classical algorithms is an experimental realization of quantum supremacy, heralding a much-anticipated computing paradigm. 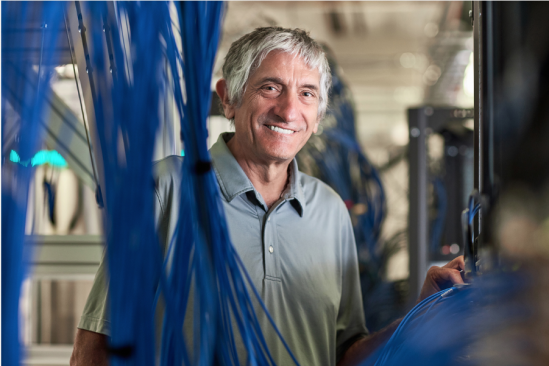 John Martinis did pioneering experiments in superconducting qubits in the mid 1980’s for his PhD thesis. He has worked on a variety of low temperature device physics during his career, focusing on quantum computation since the late 1990s. He was awarded the London Prize in Low temperature physics in 2014 for his work in this field. From 2014 to 2020 he worked at Google to build a useful quantum computer, culminating in a quantum supremacy experiment in 2019.