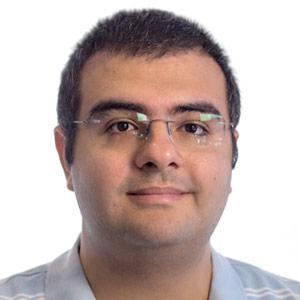 Bichoy Bahr received the BSc and MSc degree with honors in 2008 and 2012, both in electrical engineering, from Ain Shams University, Cairo, Egypt. He received the PhD degree from MIT in 2016. Dr. Bahr worked as an Analog/Mixed Signal and MEMS Modeling/Design Engineer at MEMS Vision, Egypt from 2009 to 2012. He has been with the HybridMEMS group at MIT since September, 2012, where he developed unreleased CMOS-MEMS resonators and GaN MMIC oscillators. He will be joining Texas Instruments, Dallas, TX in June, 2016.